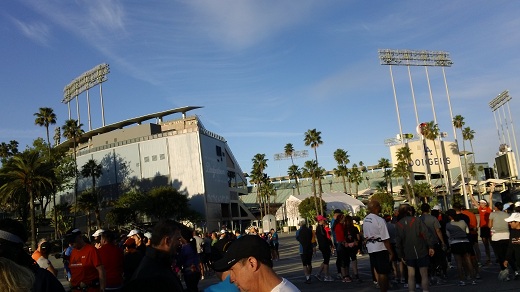 The training for the Los Angeles Marathon on March 18th this week was HILL training – meaning running the hills around Dodger Stadium. The course was a little over 5K and Run/Walk 5 ran the course three times, reversing the order each time.

Now, for my photos: 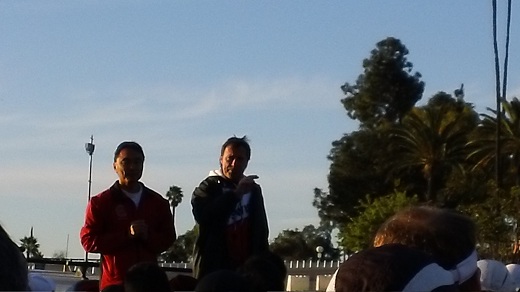 Director of Training of the LA Roadrunners, Rod Dixon (see his first place finish in the New York City Marathon below)

Tara, my running partner and I separated and I ran with the main group for 2- 5K cycles and met up with her for a two mile walk around Dodger Stadium. 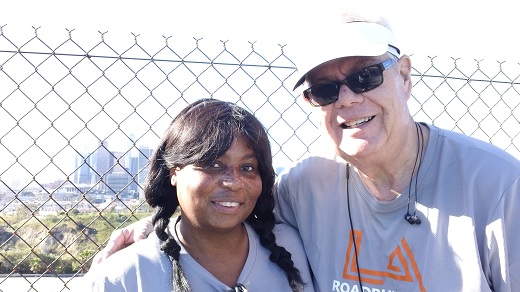 Here is my wife, Alice and me prior to the run ( I ran with her for the first two cycles): 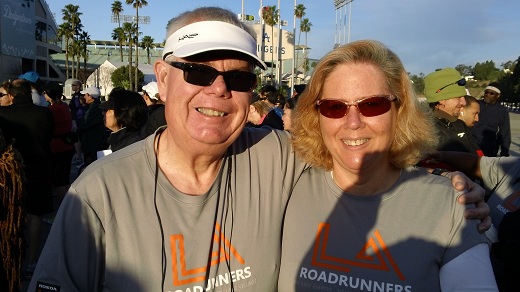 After running, sometimes you feel you have the world (or at least downtown Los Angeles) in your own palms: 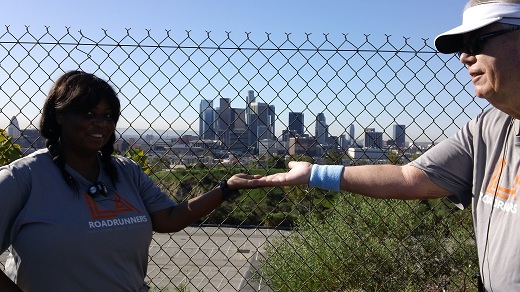 Here are Joel and Minerva who met at run/Walk 5 last LA Marathon season and now run together. Who says there is NO love in running? 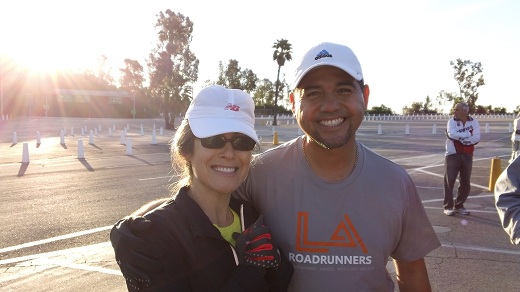 After running, the group headed over to Walt’s office where we enjoyed bagels, eggs, sausages and good company. 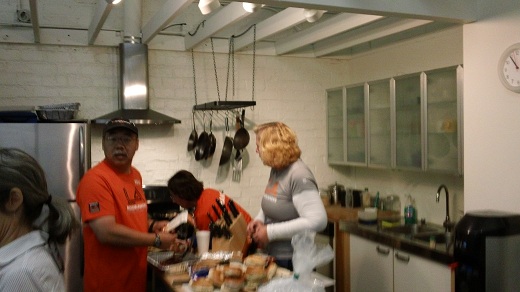 Did I mention the bagels? 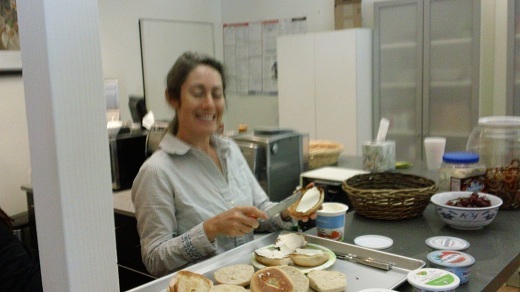 No cream cheese for me though, Minerva 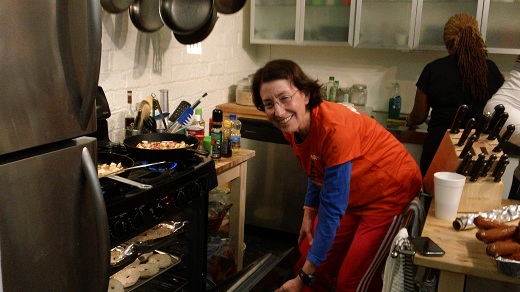 Nancy, one of the Ronnie’s Diner gang and R/W 5 Pace Leader 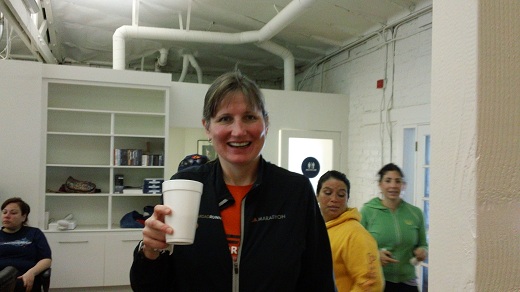 Mary who is REALLY smiling because she was working with a former U.S. Senator last week. Mary is also a Ronnie’s gang member and R/W 5 Pace Leader 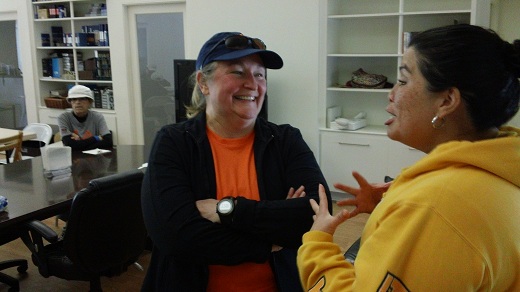 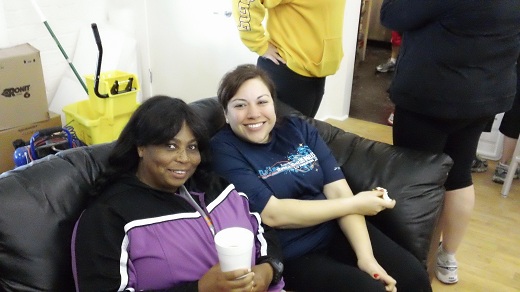 Back to the beach (Venice Beach and Santa Monica) next Saturday and a 20 mile long run. March 18th is fast approaching.