Tony Gwynn is recovering after surgery and hopes to resume his coaching duties at San Diego State soon.

Surgery to remove a cancerous tumor from Tony Gwynn’s cheek was declared a success on Wednesday and the question for Thursday, especially with his San Diego State team set to open its season without its coach, is when will that signature smile return to the Aztecs’ dugout?

Gwynn, 51, underwent the surgery at the University of California-San Diego’s Thornton Hospital and his doctors released a statement that they believed the cancer had not spread. The tumor represented a recurrence of a cancer that was initially operated on in August 2010. This time, doctors said that to go deep enough, they would have to remove Gwynn’s facial nerve and replace it with another from his body, which meant it could take up to 18 months for Gwynn’s face to regain full function. He is hopeful, however, of returning to work in about a month.

After his surgery, Gwynn told Tom Friend of ESPN.com that he is ahead of schedule already. “Last time, I couldn’t lift my eye or close my mouth,” he said. “This time, my eye can close, my mouth can close. I feel good. I’m talking better than I did last time.” 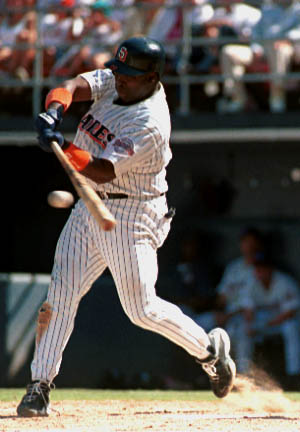