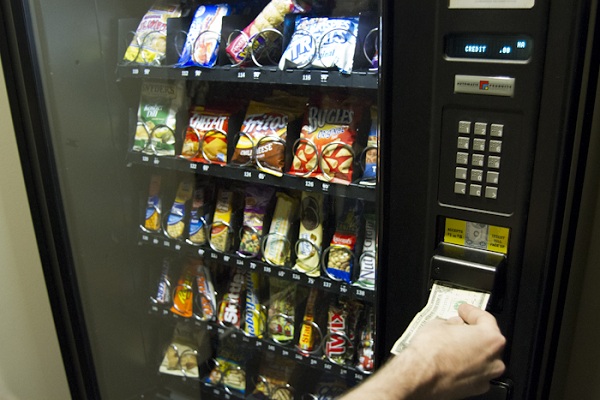 Perhaps yes, according to a new study regarding junk food in California schools.

Five years after California started cracking down on junk food in school cafeterias, a new report shows that high school students there consume fewer calories and less fat and sugar at school than students in other states.

The findings suggest that state policies can be successful to some extent in influencing the eating habits of teenagers. The study found that California high school students consumed on average nearly 160 calories fewer per day than students in other states, the equivalent of cutting out a small bag of potato chips. That difference came largely from reduced calorie consumption at school, and there was no evidence that students were compensating for their limited access to junk food at school by eating more at home.

While a hundred calories here or there may not sound like much, childhood obesity rates have more than tripled in the United States in the last four decades, and many researchers say that most children and adolescents could avoid significant long-term weight gain by cutting out just 100 to 200 extra calories a day.

“I would definitely say that 158 calories is significant,” said Daniel R. Taber, an author of the study and a postdoctoral research associate at the University of Illinois at Chicago. “When you combine this study with other studies on California law, the body of evidence suggests the schools in California really have made healthier changes by getting rid of things like sweets and candy bars.”

California is one of several states that have sought to reduce childhood obesity by targeting junk food in schools. A decade ago it became the first state to ban the sale of soft drinks in grade schools, and it later enacted a similar ban in high schools. Since 2007, the state has also enforced nutrition standards for “competitive foods” in schools, the snacks and foods that are not included in meal plans but that students can get on school grounds — from vending machines, for example. California law limits the amount of fat, sugar and calories that can be found in these foods.

When I attended California public schools decades ago, we never had junk food vending machines at school. We had a fruit dispensing machine.

Schools who were hard pressed for funds succumbed to the promises of money from the food and soda vendors. It is time for them to go.

There is no right to have a junk food vending machine on campus and I am glad eliminating them is having a positive impact on student’s health.