Quite a shame, but this cancer is rare.

Yauch announced in 2009 that he had been diagnosed and was being treated for cancer of the parotid glands and lymph nodes.  There are three major pairs of salivary glands – sublingual, submandibular and parotid, the biggest of the glands.

According to the American Society of Clinical Oncology, salivary gland cancer is very rare, only affecting two out of 100,000 adults each year in the U.S.

But, recognizing some warning signs is important.

Genden said that while Yauch’s case is tragic, it is still very uncommon.  However, he hopes for people to be aware of potential symptoms of salivary gland cancer, which include trouble swallowing, pain or numbness in the face, and most notably, a large lump in the neck.

“It’s not that it’s preventable, but this is the kind of thing that with careful screening and good examinations, you should be fine. The sooner you seek medical attention, the better chance for survival.”

So, if there are any doubts, discuss it with your dentist or physician. 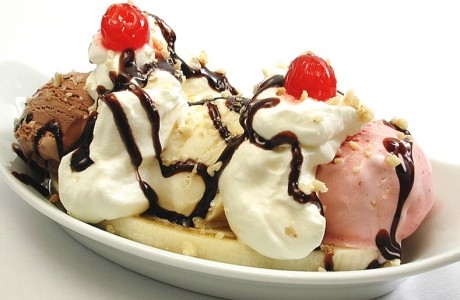 Yes, actually doubling the risk of memory loss, according to a new study.

New research suggests that consuming between 2,100 and 6,000 calories per day may double the risk of memory loss, or mild cognitive impairment (MCI), among people age 70 and older.

The study was just released and will be presented at the American Academy of Neurology’s 64th Annual Meeting in New Orleans April 21 to April 28, 2012. MCI is the stage between normal memory loss that comes with aging and early Alzheimer’s disease.

“We observed a dose-response pattern which simply means; the higher the amount of calories consumed each day, the higher the risk of MCI,” said study author Yonas E. Geda, MD, MSc, with the Mayo Clinic in Scottsdale, Arizona and a member of the American Academy of Neurology.

At my current weight of 230 pounds, I am eating around 1900 net calories. Of course, this will decrease, with my reduction in body weight.

But, at least I am under the threshold of daily calories at present.

“Cutting calories and eating foods that make up a healthy diet may be a simpler way to prevent memory loss as we age,” said Geda.

Coronary artery plaque in the heart

If you were a smoker, would seeing an image of plaque building up in your neck artery help you quit?

That was the central question posed by a study of 536 smokers recently published online by the Archives of Internal Medicine. Researchers wanted to know whether using ultrasound images of the carotid artery could serve as a “teachable moment” and improve quit rates when added to an intensive smoking-cessation program.

Plaques in the carotid are a predictor of cardiovascular disease risk, explains Nicolas Rodondi, a professor at the University Hospital Inselspital, in Bern, Switzerland, and an author of the study. But screening for the plaques has been controversial, because it’s not clear whether it actually improves health.

The smokers — who were between 40 and 70 years of age and smoked an average of a pack a day — were randomized into two groups. One received carotid plaque screening, and the other didn’t. Both then participated in a one-year smoking cessation program that included six 20-minute individual counseling sessions and nicotine replacement therapy.

Maybe this communication was not sufficient of a “teachable” moment. Or, maybe these folks were motivated to quit smoking, in any case.

Do smokers really need to be scared? Or, do physicians and dentists need better communication tools?

I would say the latter.

Watch the video below and weigh in with your thoughts in the comments section. 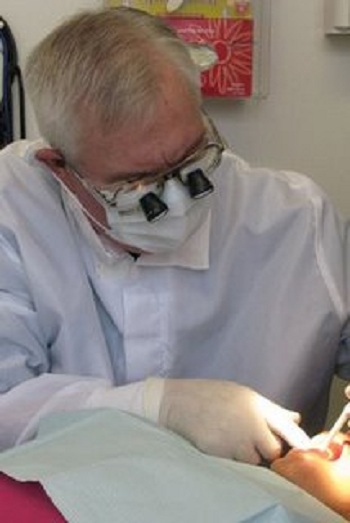 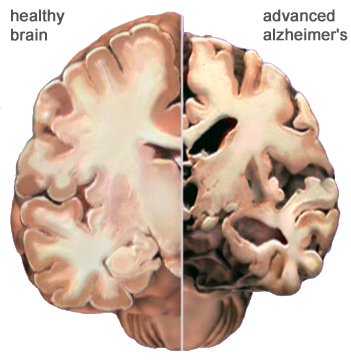 The Alzheimer’s Brain
A worthy goal, especially since I am of the age where I might require it.

The government is setting what it calls an ambitious goal for Alzheimer’s disease: Development of effective ways to treat and prevent the mind-destroying illness by 2025.

The Obama administration is developing the first National Alzheimer’s Plan to find better treatments for the disease and offer better day-to-day care for those afflicted.

A newly released draft of the overall goals sets the 2025 deadline, but doesn’t provide details of how to fund the necessary research to meet that target date. Today’s treatments only temporarily ease some dementia symptoms, and work to find better ones has been frustratingly slow.

A committee of Alzheimer’s experts begins a two-day meeting Tuesday to help advise the government on how to finalize the plan.

But, seriously, the disease is horrible and the research goal is much welcomed.