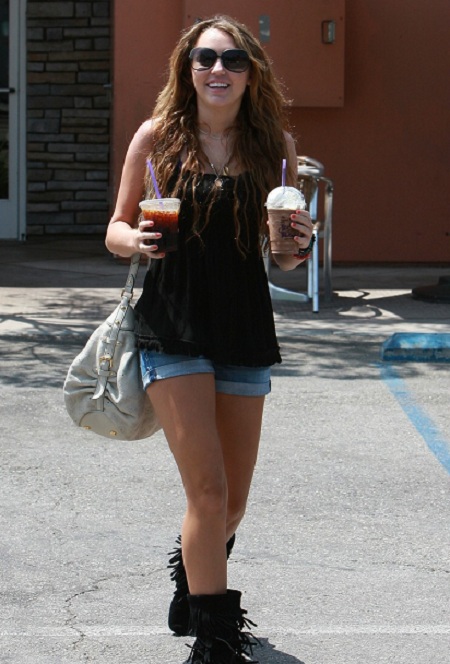 Miley Cyrus out for some coffee

The answer is YES, according to a new study. And, the cancer is the slow growing Basal Cell Carcinoma.

Scientists reported Monday that drinking coffee was associated with decreased risk of a common and slow-growing form of skin cancer called basal cell carcinoma. It appears that caffeine may play a role, they said.

The team, based at Brigham and Women’s Hospital and Harvard Medical School in Boston, presented their study at the American Assn. for Cancer Research International Conference on Frontiers in Cancer Prevention Research.

Co-author Fengju Song, a postdoctoral fellow in dermatology, said that the discovery could help prevent cancers in the future.

“Daily dietary factors with even small protective effects may have great public health impact,” Song said in a statement. “Our study indicates that coffee consumption may be an important option to help prevent basal cell carcinoma.”

Great news since I love my coffee and had a squamous cell carcinoma surgically removed from behind my left ear a few years ago.

Now, if I can drink coffee and prevent cancer.