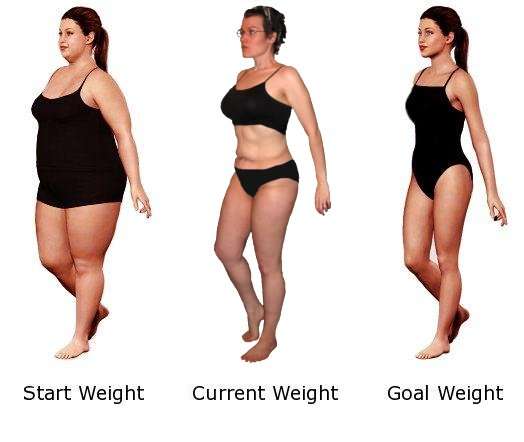 This post of a paper caught my eye this morning, since I am dieting and trying to reduce my body weight. I am using My Fitness Pal online and count calories in and exercise calories expended. So far I have lost about 9 pounds.

Common rules of thumb exaggerate how much weight people will lose from a given dietary calorie reduction, leading to unrealistic expectations and disappointment, researchers said.

Whereas patients are often told that cutting 500 calories a day will let them lose a pound a week, a more realistic formula is that such a caloric reduction would lead to a 50-pound loss over three or more years, according to Kevin D. Hall, PhD, of the National Institute of Diabetes and Digestive and Kidney Diseases in Bethesda, Md., and colleagues.

Even then, they explained in the Aug. 27 issue of The Lancet — a special edition devoted to obesity — such weight loss is possible only if the calorie reduction is actually maintained over that time.

The standard rules — endorsed by the National Institutes of Health and the American Dietetic Association, among others — fail to consider that human metabolism responds dynamically to changes in diet and body composition, Hall and colleagues asserted.

If a 300-pound dieter could really lose a pound a week by cutting his regular diet by 500 calories, he would vanish entirely in six years.

“This ubiquitous weight-loss rule (also known as the 3,500 [calorie]-per-pound rule) was derived by estimation of the energy content of weight lost, but it ignores dynamic physiological adaptations to altered body weight that lead to changes of both the resting metabolic rate as well as the energy cost of physical activity,” the researchers wrote.

So when people cut calories below the baseline requirement — thereby triggering weight loss — the gap between their intake and their baseline energy needs begins to shrink. At some point, it may disappear altogether, at which point weight loss stops.

Hall and colleagues put together what they said was a better model of caloric intake and resultant weight loss, incorporating feedback mechanisms to reflect metabolic changes over time in response to diet and body weight.

It indicated that weight change in response to caloric restriction occurs over a relatively long period of time.

Each reduction of 100 kilojoules daily — 24 calories — in intake eventually leads to a loss of 1 kg (2.2 lbs) in body weight, the researchers determined. But only half that loss occurs in the first year. In three years, 95% of the ultimate loss will be realized.

On the flip side, using data from previous studies, Hall and colleagues said their calculations suggest that the U.S. population has a persistent excess energy intake of 30 kilojoules (7.2 calories) per day, explaining the increasing prevalence of overweight and obesity.

For the population to return to body mass index values that prevailed in the 1970s, average diets would need to shrink by about 220 calories per day.

The researchers pointed out that these figures are averages for the adult population. Individuals’ metabolic requirements for sustaining a given body mass vary substantially.

Consequently, “a given diet results in an uncertain degree of energy deficit,” Hall and colleagues wrote.

I suppose I will just have to be patient and wait the three to five years to reach my weight goal. But, then again, I have been packing on the extra weight for decades now and I cannot expect a quick fix.