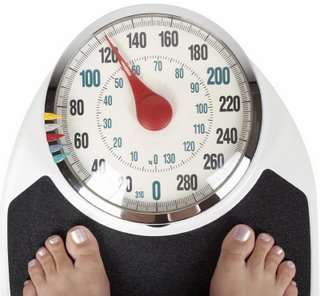 By some estimates, as many as 80% of overweight people who manage to slim down noticeably after a diet gain some or all of the weight back within one year.

A shortage of willpower may not be the only reason for this rebound weight gain. According to a new study in the New England Journal of Medicine, hunger-related hormones disrupted by dieting and weight loss can remain at altered levels for at least a year, fueling a heartier-than-normal appetite and thwarting the best intentions of dieters.

“Maintaining weight loss may be more difficult than losing weight,” says lead researcher Joseph Proietto, Ph.D., a professor of medicine at the University of Melbourne’s Heidelberg Repatriation Hospital, in Victoria, Australia. “This may be due to biological changes rather than [a] voluntary return to old habits.”

Scientists have known for years that hormones found in the gut, pancreas, and fatty tissue strongly influence body weight and processes such as hunger and calorie burning. And the reverse is also true: A drop in body fat percentage, for instance, causes a decrease in the levels of certain hormones (such as leptin, which signals to your brain when you’re full) and an increase in others (such as ghrelin, which stimulates hunger).

What wasn’t so well known, until now, was whether these changes in hormone levels persist after an individual loses weight. To find out, Proietto and his colleagues put 50 overweight or obese men and women on a very low-calorie diet for 10 weeks, then tracked their hormone levels for one year.

So, how do you maintain your weight loss?

Or, is being obese inevitable?

That’s not to say that weight regain is inevitable, or that these drives can’t be overcome through willpower. Although the hormone changes noted in the study are very real physical effects, Proietto says, personality and psychological factors may play a role in an individual’s ability to manage chronic hunger.

“This may explain why some people maintain weight loss for longer than others,” he says. “Maintenance of weight loss requires continued vigilance and conscious effort to resist hunger.”

Promising research is being done to discover ways to restore hormone levels in people who lose weight, Burant says. Preliminary studies from Columbia University, for example, have found that when dieters are injected with replacement leptin hormones, it’s easier for them to maintain or continue weight loss.

“When diabetics don’t have enough insulin in their bodies, we give them back insulin in order to maintain their blood glucose,” Burant says. Researchers should be finding a way to do the same for people who have lost weight, he adds, “whether it’s with a drug, a dietary supplement, or certain nutrients—something that will stimulate the release of these hormones.”

Proietto agrees that finding an appetite suppressant of this sort is the next logical step in hormone and obesity research. Until then, he says, weight-loss surgery is a possible option for some severely obese people who have not been able to keep weight off by other methods.

For now, I will continue to monitor my diet and exercise regularly. Perhaps there will be a vaccine to help the severely obese, and certainly that is a better option than surgery.

One thought on “After Finishing Dieting, Hormonal Changes May Lead to Weight Gain?”