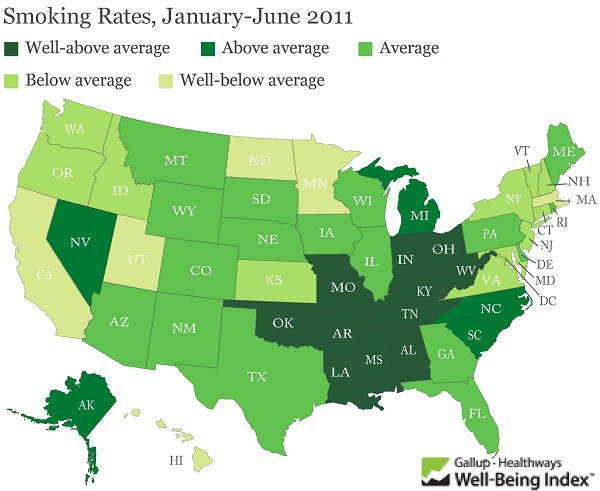 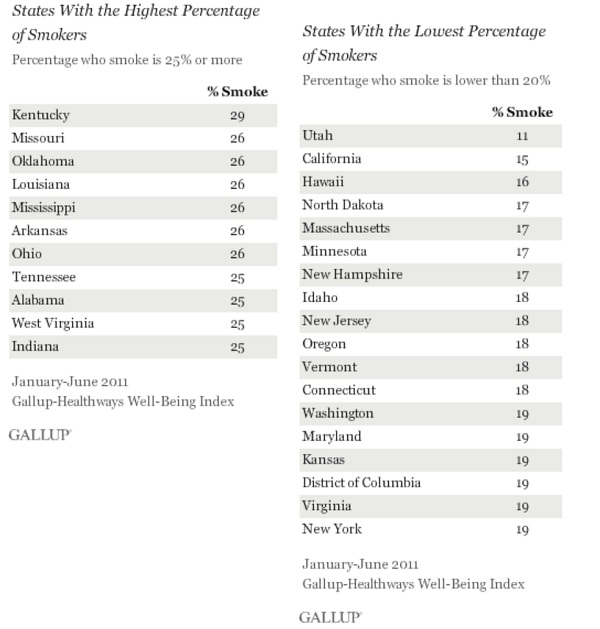 One thought on “Poll Watch: Smoking Rates Range From a High of 29% in Kentucky to Low of 11% in Utah”